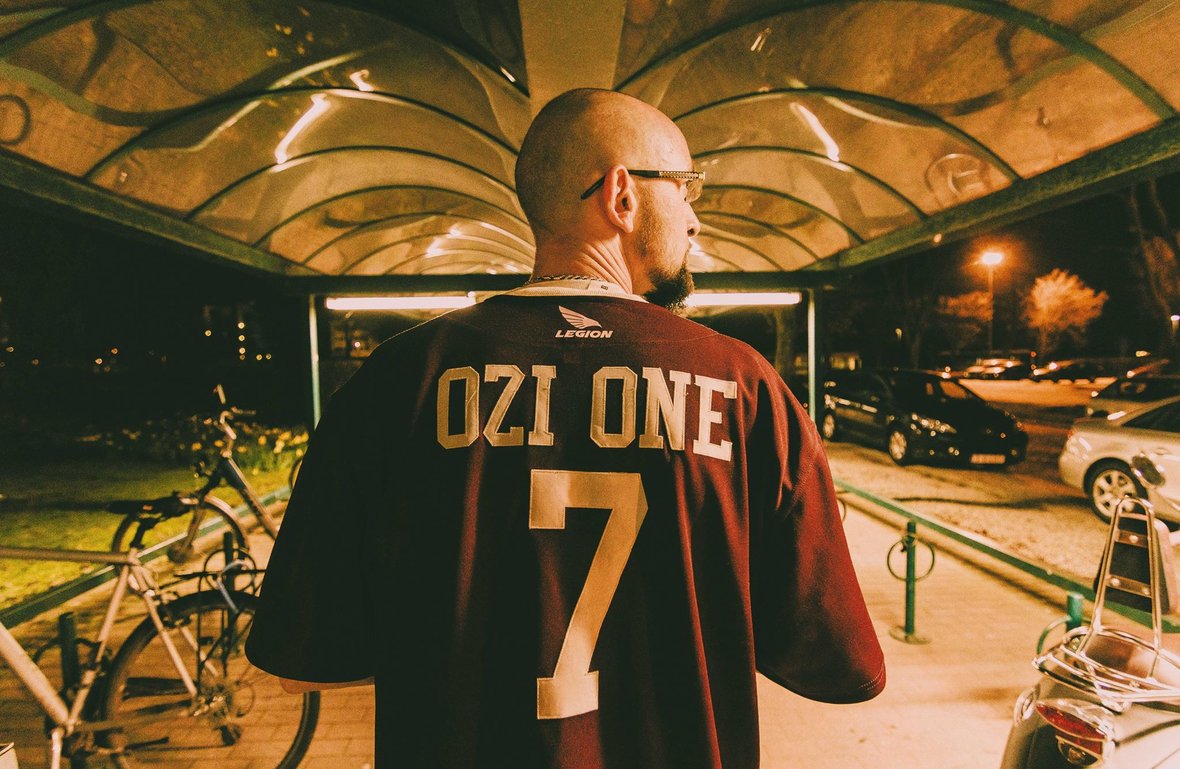 In the late 80's OZI ONE was taught his first Breakdance moves. Although not familiar with Hip Hop yet, this did make a big impression on him. When he got introduced to YO! MTV RAPS he found his mission and never looked back. Immediately he wrote his first rhymes. And because record stores back then didn't carry his music, he taped videos on VHS to learn about Hip Hop and develop his early skills.

When moving to Bruges in the early 90's he discovered a real Hip Hop scene. Those were the days when local heroes RHYME CUT CORE and LAST X-A CUTION were going strong, bringing raw Hip Hop. He started his first crew DEPTHS OF UPROAR in 94 and through this he met DJ FLIP in a local record shop. This moment was the start of bigger and better things to come. They formed FREESTYLE EXPERIMENTZ, which later on became METAPHORA. A Hip Hop crew of rappers, deejays, graffiti writers and more...

Along with rapper MEKO D. he joined NIEZNIE QUARTET, a talented funk-rock band, in the late 90's. This would later become MEMBERS OF MARVELAS with whom they recorded many songs, released two full albums and toured in many cities in Europe. Known for their energetic liveshows, creating a true wall of sound, the band was quite successful. However, in 2008, they decided to close shop.

OZI ONE had already dropped his self-produced solo-debut THE MEANING BEHIND and after the MEMBERS he wanted to work on his follow-up. Gathering rhymes, loops and concepts he approached different producers. When talking to WALLY NESTA they decided to work on music together. This resulted in the full LP THE O (if headz only knew...). The copies sold quickly and this album sort of put OZI ONE on the map as a solo artist.

Since then he has been working on music a lot with many of the artists here on STRONG LIFE. He recently finished his 3rd solo album RED LIGHT and is working with producer SAIMN-I on an EP that's almost finished.

OZI ONE has been a part of the Flemish Hip Hop scene for over 25 years. Known for his strong lyrics  and a voice that demands to listen, he brings his views and his story. He's a guest on numerous albums of many artists and has been a longtime member of the reggae/dub collective FORWARD FEVER. His music always has a message and even after all these years  he still proudly works on his craft. Live he brings a retrospect of his large repertoire as well as new songs. Often accompanied by guest rappers/singers and musicians. And always bringing a skillful turntablist to back him up.